For the fastest way to see the latest hotel and serviced apartment deals in Melbourne enter your travel dates here.

Here is a quick summary of the type of hotels and accommodation you will find in Melbourne. 282 are apartment style hotels great for a long stay in Melbourne. If you are looking at a longer stay you can book up to 29 nights and you might want to look at the 555 hotels in Melbourne which have kitchens so eating in is an option.

There are 55 five star luxury hotels in Melbourne. There are 32 holiday homes (that number is homes only excluding apartments) offering unique locations and all the facilities of home. If you are looking for something eclectic, smaller or quaint there are 17 boutique hotels in Melbourne. 219 ever popular 4 star hotels, which are probably the best value accommodation in Melbourne for business or pleasure. In addition there are 3 star hotels providing everything without blowing the budget.

You'll want to return for more in Melbourne

There are several reasons Melbourne has made it to the top of the world’s most liveable cities list for the fourth consecutive year. Great food to tantalise your tastebuds, Australia’s best place for coffee, sport to satisfy every fanatic, endless cultural events and amazing out-of-city escapes. Melbourne has it all and more ensuring you won’t want to leave and when you do, you'll be dreaming of going back.

The most unpredictable thing about Melbourne is its weather

Melbourne’s weather is famously unpredictable with the locals commonly saying you will experience ‘four seasons in one day’. It’s a city you can visit anytime of year, as there is something happening all year round.  Generally though, autumn (March to May) and spring (September to November) are considered the ideal times for sightseeing,

Top 5 Things to Do in Melbourne

1. Explore the laneways, designer boutiques and famous street art of Melbourne’s inner city
2. Sit amongst a feisty crowd at the iconic MCG and cheer on an AFL team. Enjoy a gruelling rugby league match at AAMI Park or world class tennis during the Australian Open
3. Feast on some unforgettable cuisine at Melbourne’s best-known restaurants. Stay in the centre of Melbourne or head to Southbank for a riverside establishment
4. Experience incredible panoramic views of the cityscape from the tallest building in the Southern Hemisphere, Eureka Sky Deck
5. Jump on a tram to visit Melbourne's neighbourhoods. Experience St Kilda, Melbourne’s beach-side hub; the high-end hood of South Yarra and Toorak; the bohemian streets of Fitzroy; or Melbourne’s little Italy in Carlton

5 of the Most Popular Events in Melbourne

1. Considered ‘the race that stops a nation’, The Melbourne Cup held in November is the world’s premier horse racing carnival. It's all about glitz, glamour, bubbles and cheeky bets
2. Whether you support an AFL team or not, you'll soon get caught up in the excitement as the city celebrates the Grand Final in September
3. Taste your way around The Melbourne Food & Wine Festival as Melbourne’s top chef’s show off their talents at this March event
4. Visit Melbourne in March to immerse yourself in the glamourous world of fashion during the L’Oreal Melbourne Fashion Festival
5. Spend an evening with friends sharing a few laughs as world class comedians descend on Melbourne for the International Comedy Festival in March

Whatever the time of year, whatever your interests, Melbourne has it all. It’s considered the most cultured city in Australia buzzing all year round with art, theatre and music events. It’s also Australia’s sporting mecca with the F1 Grand Prix, Australian Open and Boxing Day Test. Most of all, it’s a beautiful city with a laid back vibe ready to show you a good time.

Where to Stay in Melbourne

The magic of Melbourne is just a laneway away and so is the best Melbourne accommodation. Once you know where to go, you'll know where to stay. Will you live it up in St Kilda? Will you love it up on Chapel Street Prahran? Or will you eat it up in Fitzroy, which is the new foodie haven for Melbourne's best restaurants (closely followed by St Kilda and the CBD). Because Melbourne offers a smorgasboard of activities, booking your accommodation *early* is important.

Although Melbourne is arguably Australia's culinary capital, many come for one thing: sport. So why not search for a hotel in East Melbourne; one that's a short stroll from the MCG or Melbourne Park Tennis Arena? Or be within a short drive from Albert Park for the F1 Grand Prix. Kingston Heath Golf Club is home to The Australian Masters in November, so find accommodation that overlooks the golf course. Summer in Melbourne is back-to-back sporting events and being in this sports-mad city, you may like to do as the Romans do and find a hotel with replays of old AFL games! 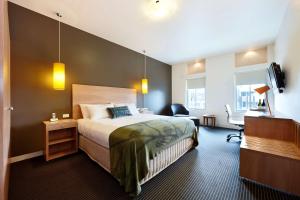 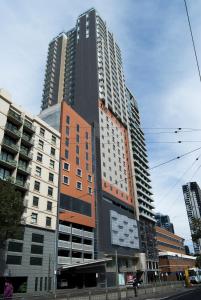 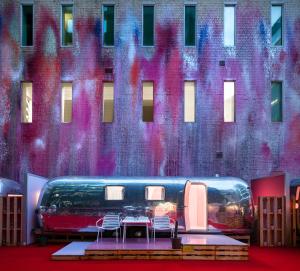 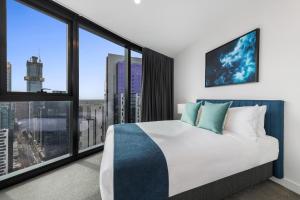 Shadow Play by Peppers features a restaurant, outdoor swimming pool, a fitness centre and bar in Melbourne. Among the facilities at this property are a 24-hour front desk and room service, along with...more 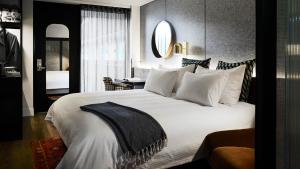 Zagame's House has a restaurant, fitness centre, a bar and shared lounge in Melbourne. Among the facilities at this property are a 24-hour front desk and room service, along with free WiFi throughout...more 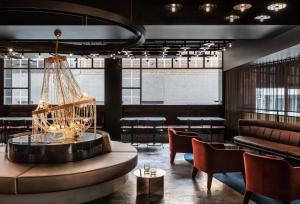 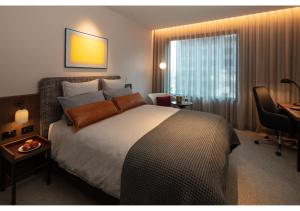 Located in Melbourne, 400 metres from Princess Theatre, Next Hotel Melbourne provides accommodation with a restaurant, private parking, a fitness centre and a bar. Among the facilities at this propert...more

One of Melbourne's first luxury lifestyle hotels, W Melbourne is located in the CBD on Flinders Lane. The property offers 5-star accommodation with an indoor pool, sun terrace and state-of-the-art gym...more

Book now and pay later rooms are subject to availabilty.

Not what you were looking for?
Try a different search here

Never miss a deal in Melbourne

Subscribe
Thank you! Check for deals from [email protected]

Entertainment, Relaxation and Exercise at Melbourne